The dead are alive. Dancing to the heartbeat of a steady drum, spectres twirl through the dusty streets of Mexico City in a march for the Day of the Dead. On this day, spirits of the departed are welcomed to pay their respects to the living, a colourful celebration of a time when the veil between the two worlds is at its thinnest.

Among them, a man with a licence to kill. His face concealed by a grinning skeleton mask, he is jolted along by the flow of the crowd, another ghoulish groom with his “Catrina,” icon of the afterlife, by his side. But this assassin has eyes only for his target, the elaborate ritual swirling around him a mere backdrop to his deadly mission. According to makeup designer Naomi Donne, this epic cinematic spectacle “is the most visually exciting opening to a Bond ever.” And, as the woman responsible for overseeing makeup for the 1500 extras who bring the scene to life, she should know.

“Director Sam Mendes said, ‘You can go as far as you want. I love this look’.” – makeup designer Naomi Donne

Working with a team of 100 local makeup artists in Mexico City, Donne and her crew collected thousands of Day of the Dead references from across South America while conceptualizing the shoot. From traditional texts and as interpreted by high-fashion visionaries, “these are the looks we then executed,” she explains. “But the artists pushed it even further, using airbrushing and other techniques, to beyond my wildest dreams.” 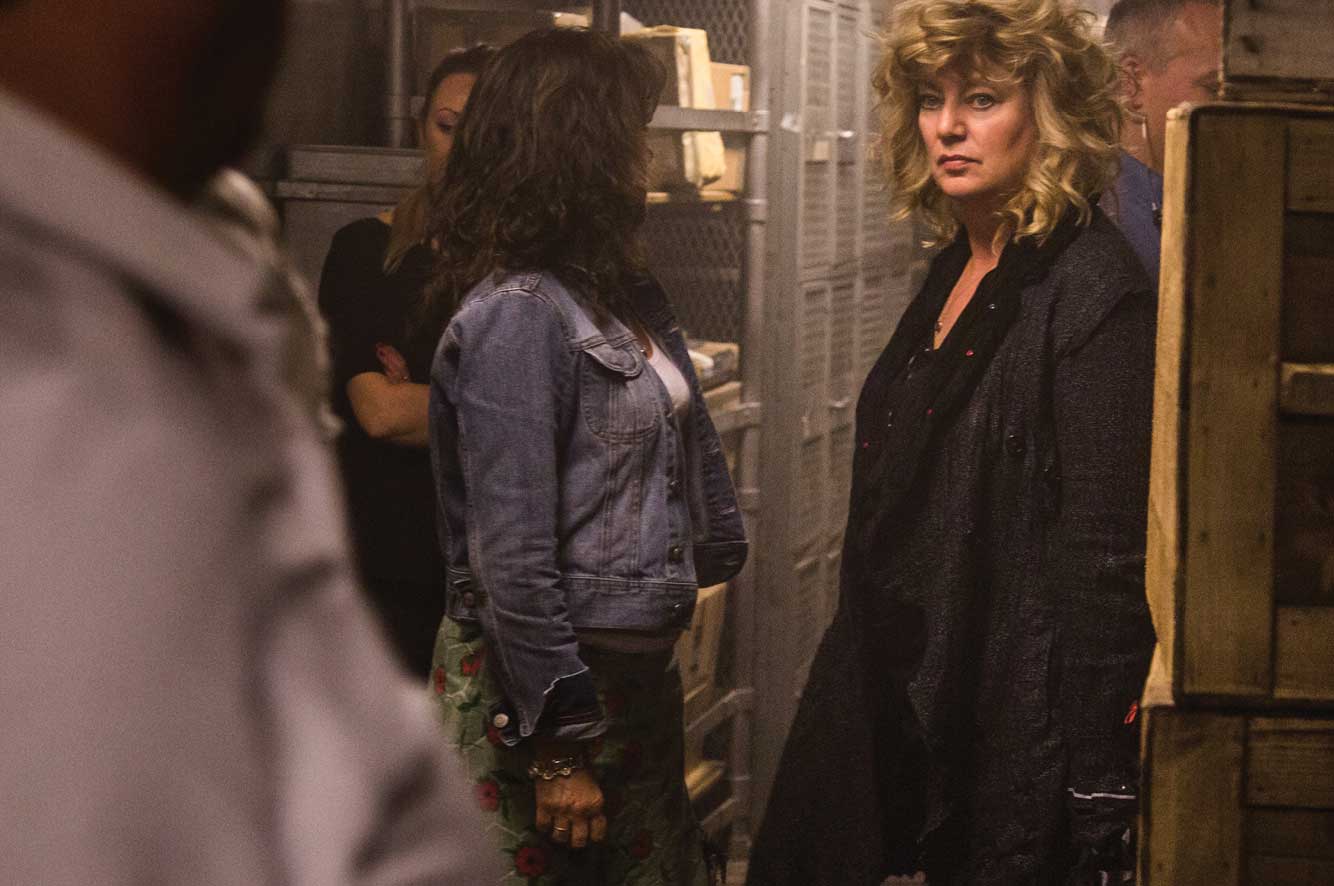 To ensure smooth sailing on the day, “every single face had to be made up, charted and photographed weeks before we shot the sequence.” Working with the team on the ground via WhatsApp from her base in the US, “they would send images for me to add my notes.” It’s no wonder Donne describes the scene as presenting “the biggest challenge of my career.”

Luckily, she had director Sam Mendes on her side: “Sam liked it and went for it – because he has very good taste and a strong sense for the aesthetics of a piece. He often wants to push things to create a visual impact, and he told us, ‘you can go as far as you want. I love this look’.” In the event, special palettes of M·A·C Chromacake were created for each “character” –waltzing Catrina, skeleton bride or groom. “We also had to ensure that the products would last all day on the shoot – 12 hours in the heat of the city,” adds Donne. But also, “we wanted it to fall apart a little. If it was dripping a little and slightly smudged, there was an authenticity to the look.”

Of course it’s Bond himself, emerging from behind his mask, who brings the authentic scent of the macabre to this Day of the Dead.